The ancient farm was built in 1795, on the foundations of an inn

Written mentions of an inn, named « Auberge Saint-Michel », can be found as early as 1740. It was most likely a post relay made of the current farmhouse and the small bar, located on its left. A few years later, Raymond Quiévy buys the inn. By the end of the XVIIIth century, his son, Philippe-François, will build the ancient quadrangular farm such as we know it today.

On the left of the small barn, he builds another one, though larger and perpendicular to the first one. A garage for carts joins both barns. On the left of this larger barn, he adds up a two-sided stable (for cows, on the left-hand side, and work horses, on the right-hand side). He eventually close the square farmyard building a side of small dependencies and a porch that he will sign of his initials (PFQ). 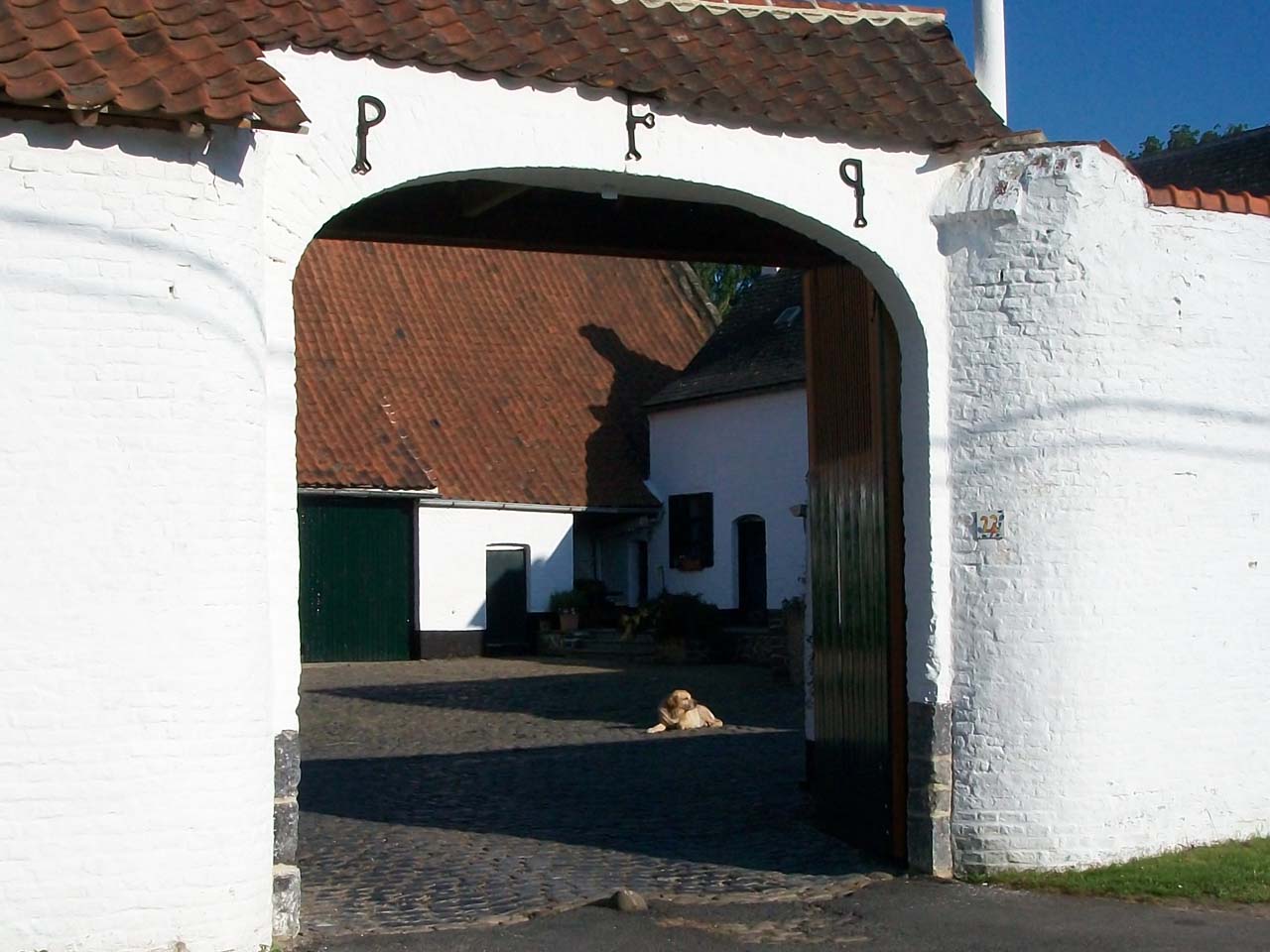 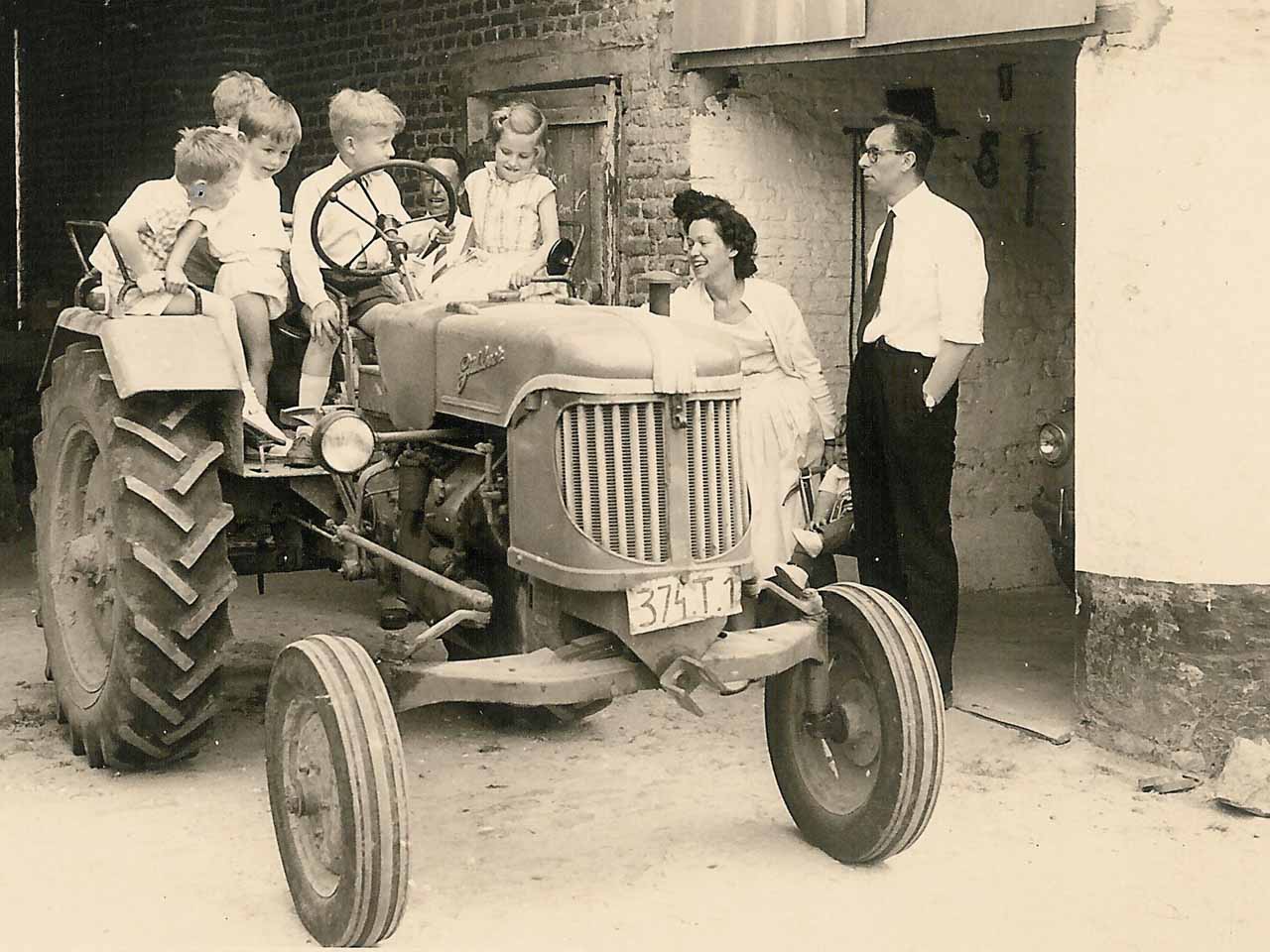 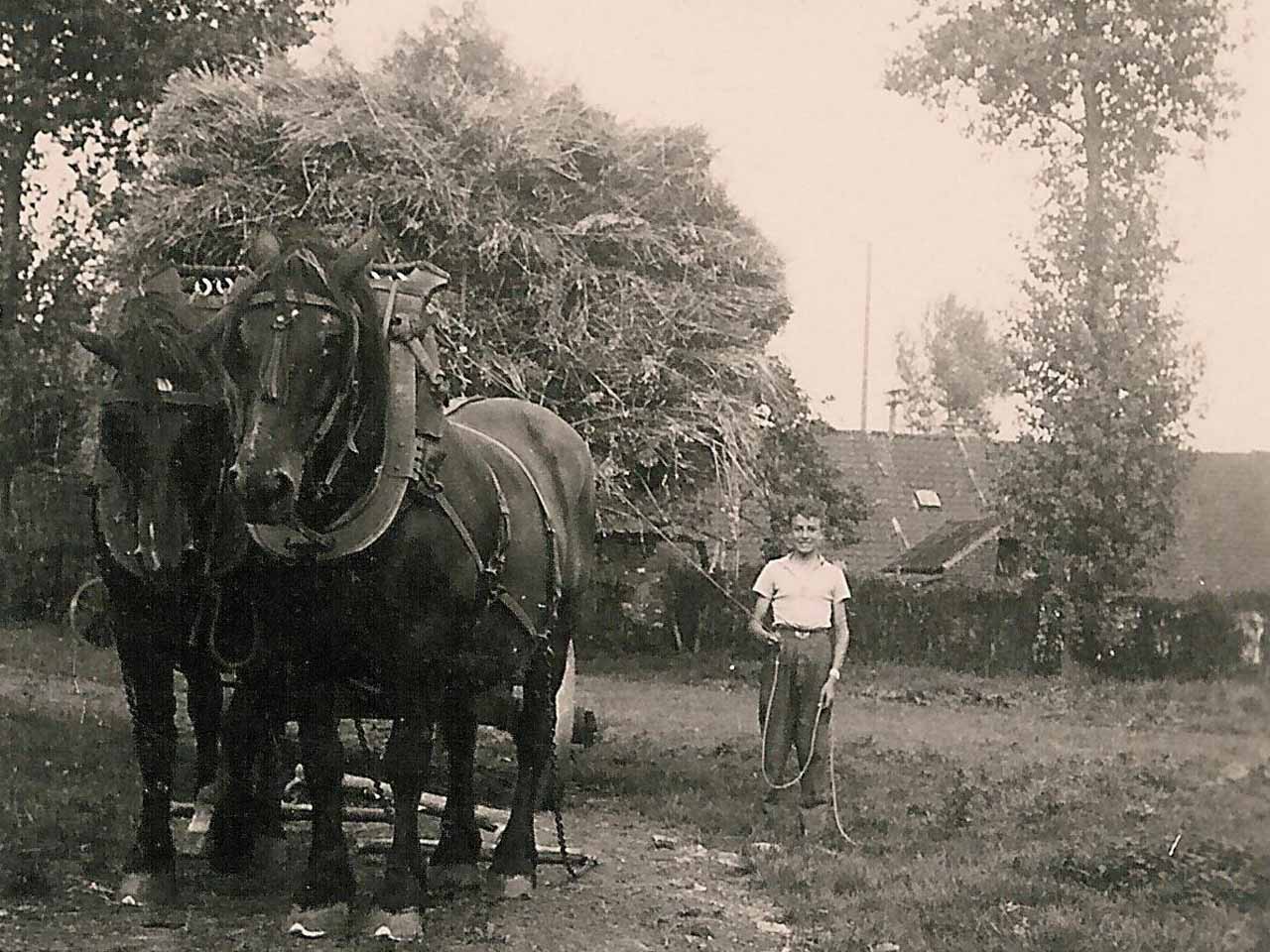 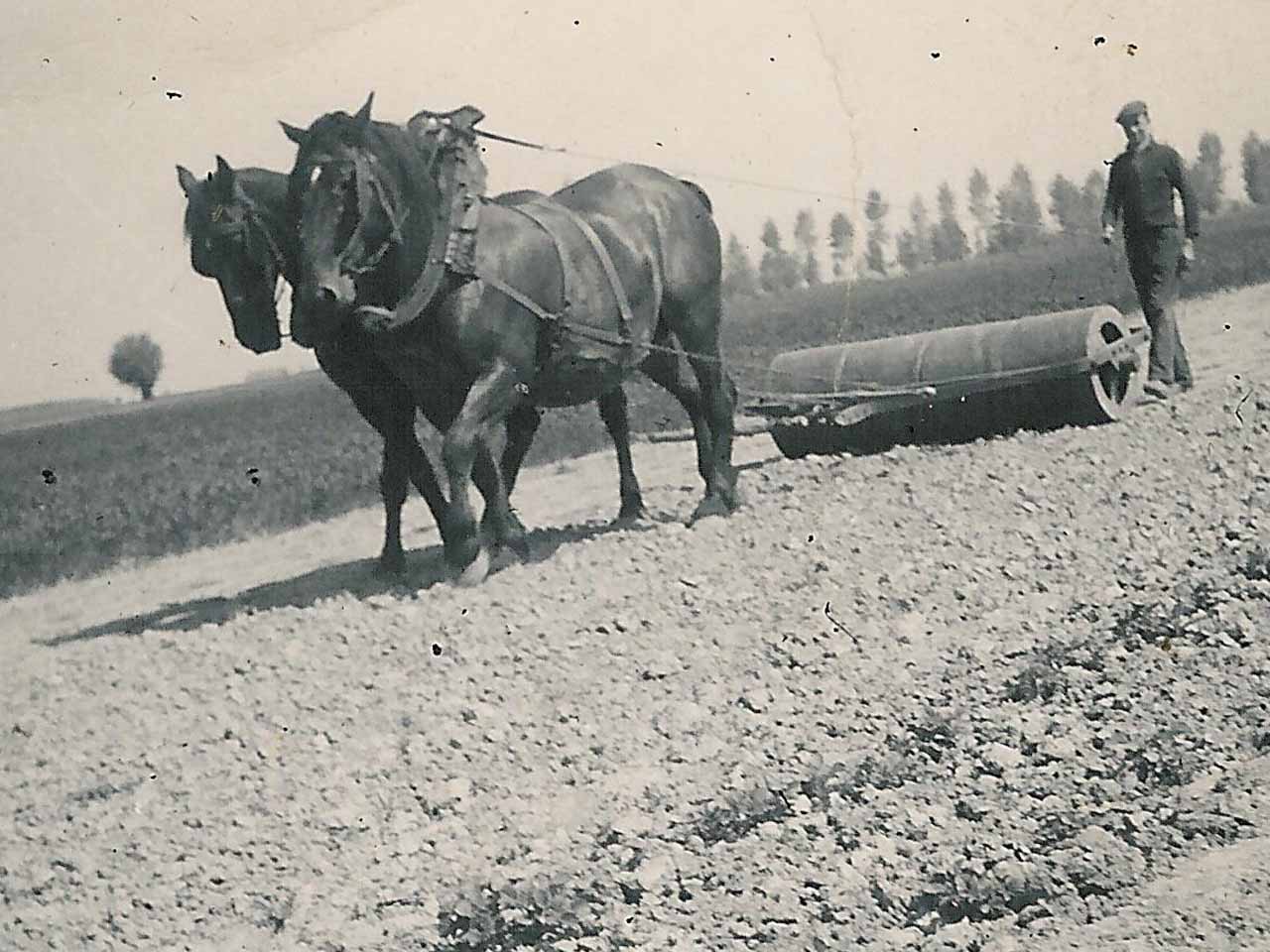 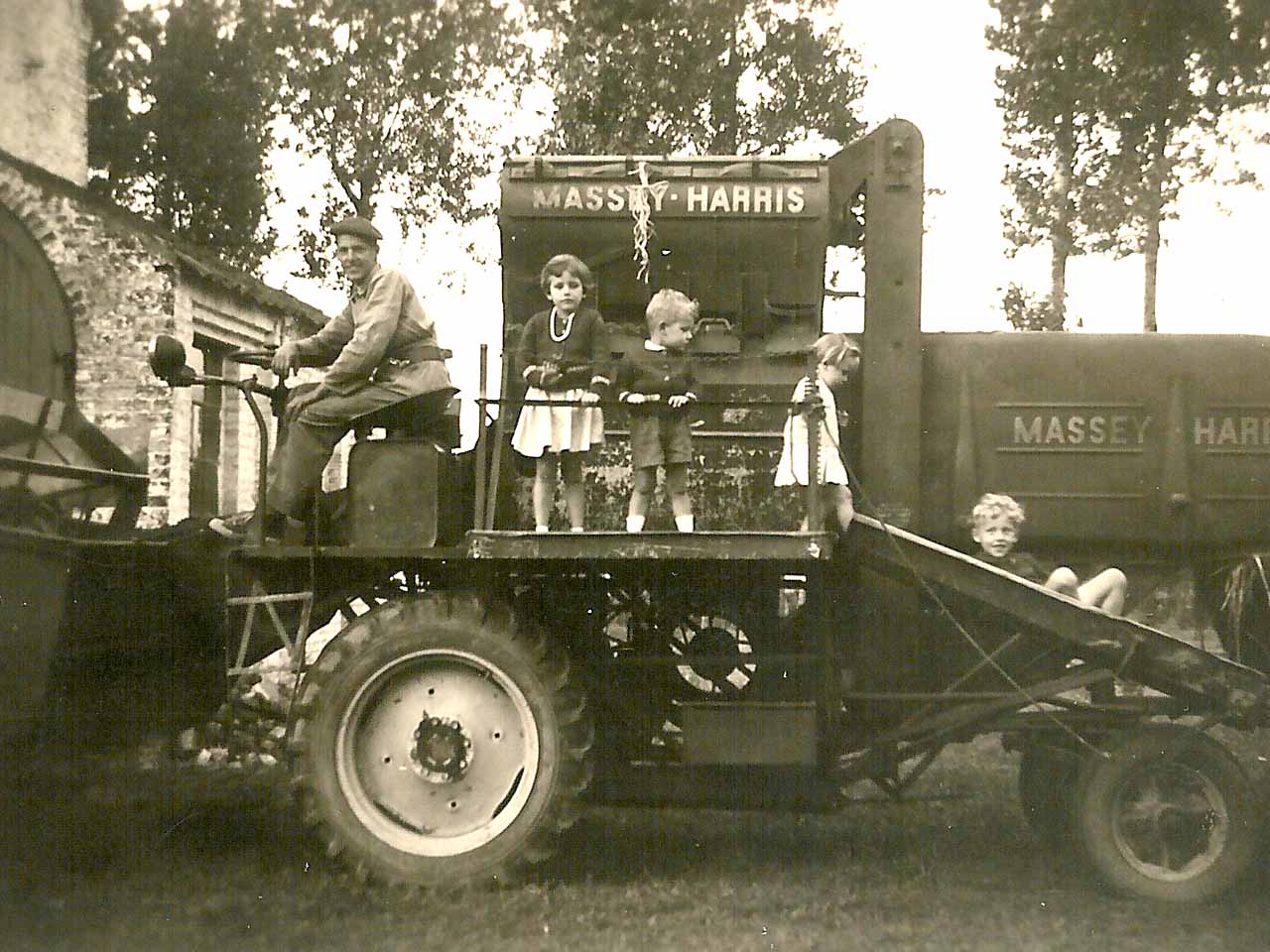 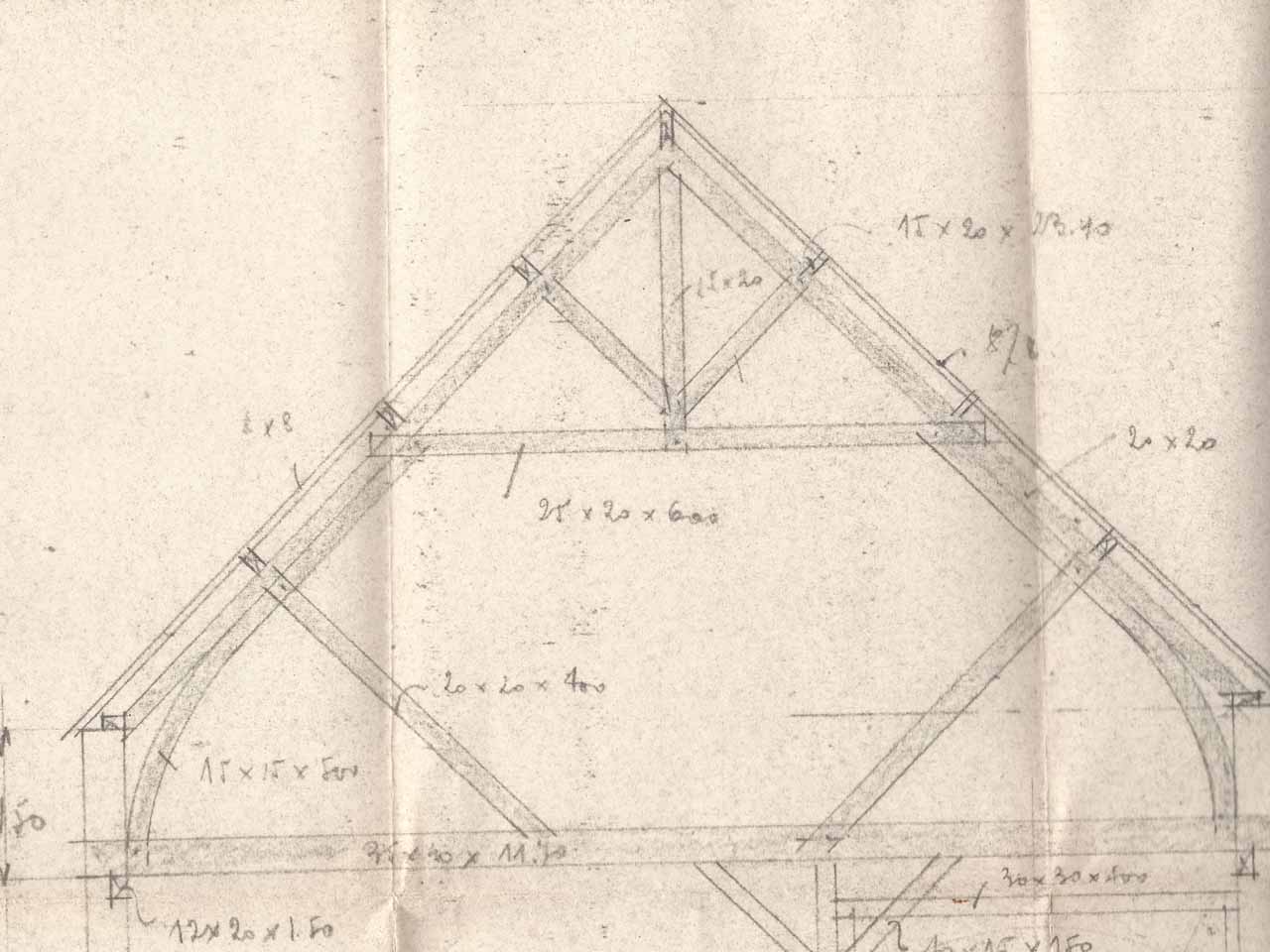 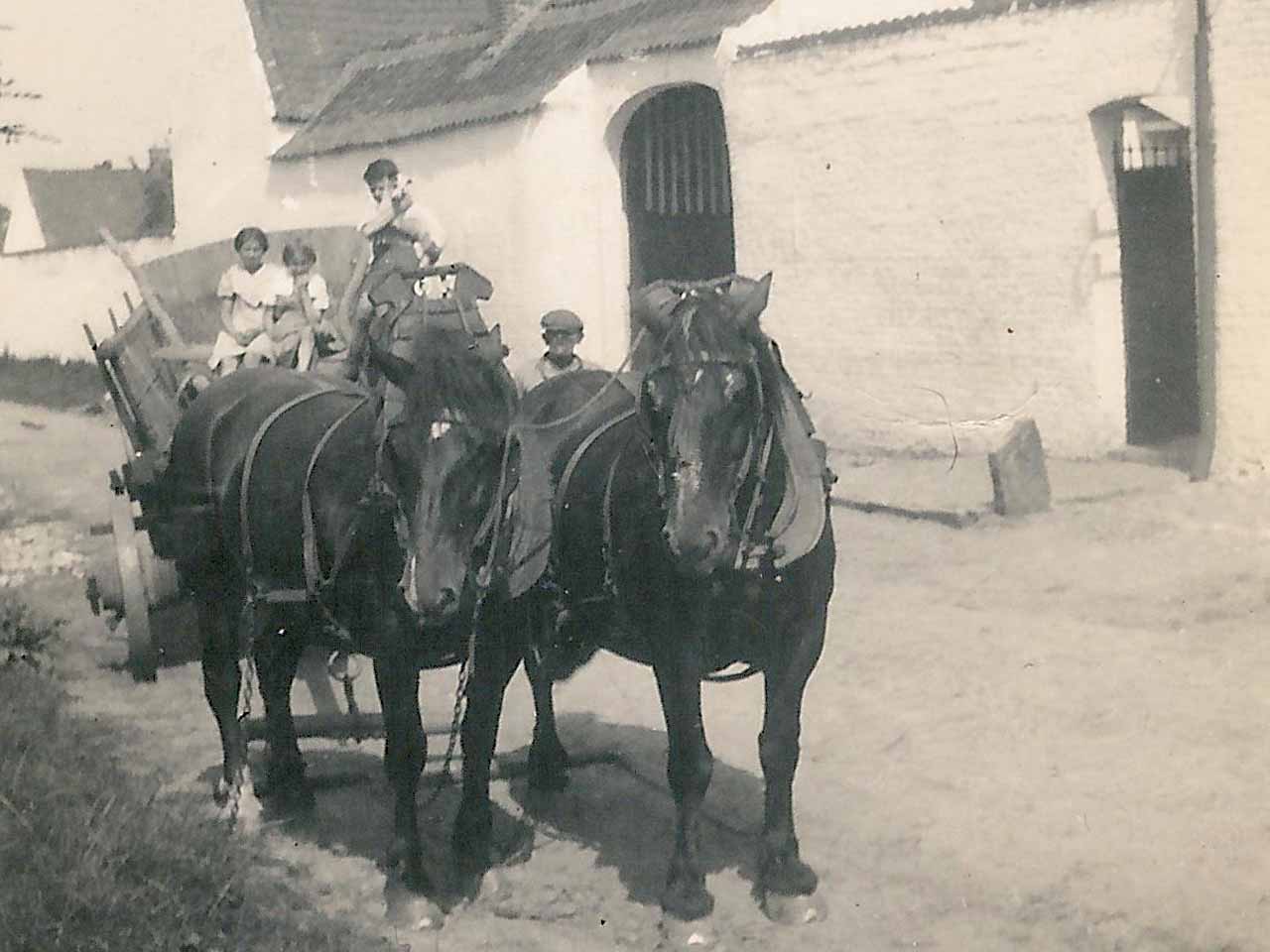 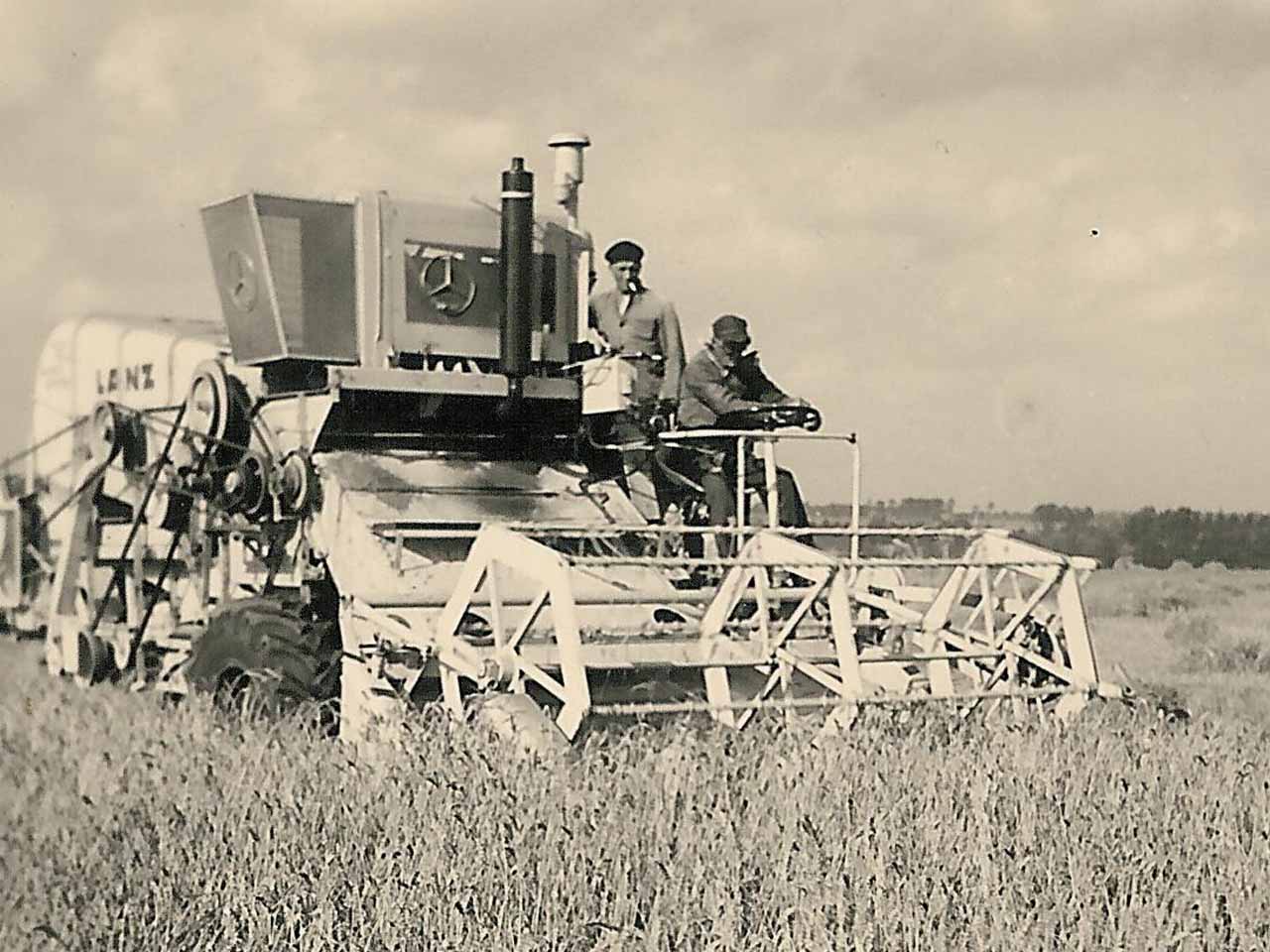 Roofs are unexpected witnesses of this evolution. For instance, side-walls of the small barn exceed their roof by an inch, approximately; it actually remains the ancient thatch that used to prevail over tiles in the past. After burning in 1959, the roof of the large barn lost 4 meters at its top and its coverage of tiles (covered by eternits nowadays). On the opposite side, a piece was added to the farmhouse (in early XXth century) and covered by a flat roof. Eventually, the roof of the former stable was entirely rebuilt in 2012.

A detailed inspection of each building, of the arrangement of the bricks protected by a thick layer of chalk and of some signatures left in walls, or stories told by ancestors are all witnessing the evolution of the ancient farm: a piece added to the small barn, a lifting of the porch, the old manure place in the farmyard, etc.

Original buildings are still up! … However, they were assigned to new occupations (guesthouse, farm shop) far from what the builders might have thought!

Outside of the quadrangular farmyard, new breeding facilities were built in order to meet current agricultural standards and constraints:

• cattle herd larger than before;
• mechanized feeding and cleaning works in stables;
• animal welfare: a loose-housing system provides more comfort to cattle and allows him to reproduce natural behaviors in stalls (e.g. dams caring for their offspring, between-individuals interaction like licking, …);
• storage of manure in a dedicated place. 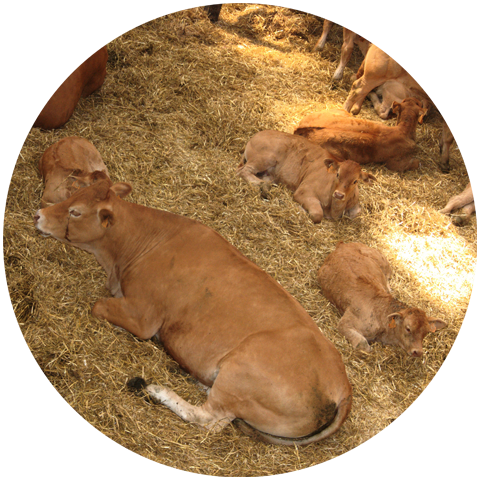